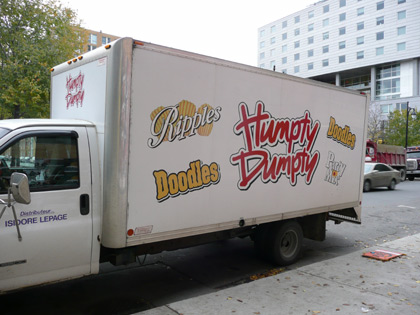 – The initials HD in the name Henry Dark refer to Humpty Dumpty.
– Who?
– Humpty Dumpty. You know who I mean. The egg.
– As in « Humpty Dumpty sat on a wall? »
– Exactly.
– I don’t understand.
– Humpty Dumpty: the purest embodiment of the human condition. Listen carefully sir. What is an egg? Is it that which has not yet been born. A paradox, is it not? For how can Humpty Dumpty be alive if he has not been norn? And yet, he is alive – make no mistake. We know that because he can speak. More than that, he is a philosopher of language. « When I use a word, Humpty Dumpty said, in rather a scornful tone, it means just what I choose it to mean – neither more nor less. The question is, said Alice, whether you CAN make words mean so different things. The question is, said Humpty Dumpty, which is to be master – that’s all. »
– Lewis Carroll.
– Through the Looking Glass, chapter six.
– Interesting.
It’s more than interesting, sir. It’s crutial. listen carefully, and perhaps you will learn something. In his little speech to Alice, Humpty Dumpty sketches the futur of human hopes and gives the clue to our salvation: to become master of the words we speak, to make language answer our needs, Humpty Dumpty was a prophet, a man who spoke truths the world was not ready for.
– A man?
– Excuse me. A slip of tongue. I mean an egg. But the slip is instructive and helps to prove my point. For all men are eggs, in a manner of speaking. We exist, but we have not yet achieved the form that is our destiny. We are pure potential, an example of the not yet arrived. For man is a fallen creature – we know that from Genesis. Humpty Dumpty is also a fallen creature. He falls from his wall, and no one can put him back together again – neither the king, nor his horses, nor his men. But that is what we must all now strive to do. It is our duty as human beings: to put the egg back together again. For each of us, sir, is Humpty Dumpty. And to help him is to help ourselves.
– A convincing argument.
– It’s impossible to find a flaw in it.
– No cracks in the egg.
– Exaclty.
– And, at the same time, the origin of Henry Dark. 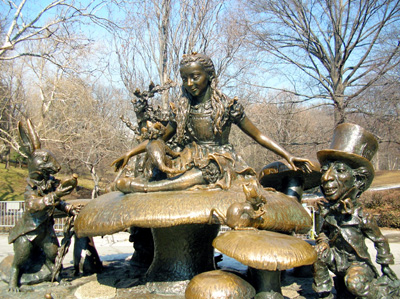 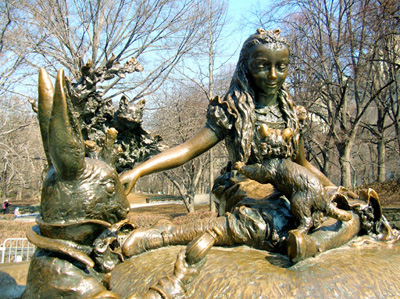 In the rabbit hole 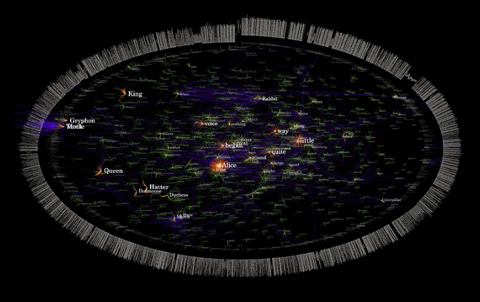